As my surgery date approaches, I have noticed that both Mike and I are getting more and more anxious. We are both just not quite ourselves. I can see it wearing on Mike through little things. Lately, he’s been forgetting stuff: he’s been leaving cupboard doors open, forgetting to turn off the coffee maker, leaving his closet doors open, leaving food on the counter, waking up super early after staying up late… stuff like that. This isn’t normal behavior for him. He is usually very thoughtful and quite tidy. For me, I find that I’m inwardly hyper-emotional, reactionary and seem to have an underlying edge to my voice. Sadly, this edge irritates Mike and has been causing us some grief. 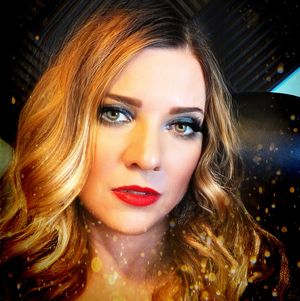 Here’s an example of the effects of stress at work in our life. This morning, we were composing a song.  The song had two sections. Once we had finished each section, we decided to rework the first section. We then tried to run through the whole song and found that we had forgotten the melody to the second section. This wasn’t normal for us. After sort of remembering what we had written for the second section, we decided that, this time, we would record it on a phone just to be safe. I asked Mike if we could use his phone to make the recording as I was using mine to read the lyrics that I wrote. He handed me his phone. I opened it. After swiping through several pages of apps, I handed it back to him and said, “Could you do it? Your phone isn’t organized the same way that mine is. I can’t find anything.”  I was feeling slightly frustrated for sure. Mike took the phone. Within seconds, he found the app, opened it, and said, “It can’t be that unorganized. I found the app in seconds.” I responded by saying, “I didn’t say that your phone was unorganized. I said that your phone wasn’t organized like mine. Can you see the difference in what I said?” He answered with “Yes, but why then are you getting elevated?” This frustrated me further. I answered in a shrill voice, “I’m not getting elevated.” He responded with a smirk and in the most sarcastic voice he could muster, “Ok!” I was baffled by what just happened but decided to just leave it alone. I could hear Louise Hay saying, “Would you rather be happy and well or would you rather be right?”

This small disagreement lingered in my mind for much of the day. I couldn’t help but feel that there must have been something that I could have done differently to avoid activating him the way that I did (regardless of our current state of mind). I absolutely agree that I was and am emotionally elevated just as a default with the impending surgery. Maybe I should have just apologized for being elevated but then insisted that I wasn’t insulting his unique filing system?

In order to cope with my anxiety, I’ve been practicing self care. Every day, I spend time in prayer and meditation. I try to take a nice walk. I’ve been hanging out with Louise Hay and her loving affirmations. I am learning to let go of anger and blame. Interestingly, through this self care regime, I can see how much of who I am supports the idea that I don’t actually like or approve of myself. According to Louise, this disapproval could have had a hand in creating my illness. I’ve also felt very drawn to Carolyn Myss and her ideas on having a Divine Contract. According to her teachings, we are here for a reason and the happenings in our lives help direct us to our purpose. Could this be the reason for my illness? Maybe I was contracted to experience illness. Maybe I needed the illness to trigger the next part of my life, my purpose. Both these teachers got me thinking.

I have always known that I have a large personality. When I am happy , angry or sad, people can feel me. As a vocalist, I think that this is important for delivering a song and connecting with an audience, but everywhere else in life, I have found it to be kind of a curse. I have been fired from a waitressing job because my expression told someone to F right off. In the recording studio years ago, we were EQing the vocal, adding effects, and trying to make it sound as lovely as possible. At the time, the engineer didn’t understand what I wanted and I felt that I wasn’t really able to make him understand. The producer that I was working with didn’t understand what I wanted either. Because I felt helpless and like I couldn’t and shouldn’t speak up, I silently festered. Even though I remained silent, I was told that I was emitting such a powerful vibe that the engineer had to leave the room. The more I think about it, the more examples I can come up with of times when my ‘vibe’ or energy affected other people. I started wondering about how I could change this.

I believe that emotions have two sides: the shadow side and light side, the good and the bad, creative and destructive, the yin and the yang, the balance of it all. During my Breast Cancer experience, I attended workshops put on by the Breath Integration and Counselling Centre in Kamloops. During their workshops, I learned about energy and how it affects people. I learned that anger cleaned up is personal power; It can be an amazing motivator. Sadness cleaned up is inspiration to the most beautiful songs. I learned that there was no such thing as a negative emotion as long as it is expressed in a productive way and then released.  Easy, right? Not! Have you ever just felt angry about something but you didn’t know why?  For me, I found and still find unpacking the underlying reasons for the feelings is the tricky part. It’s hard to express and release an emotion when you don’t really know why you are feeling it in the first place. 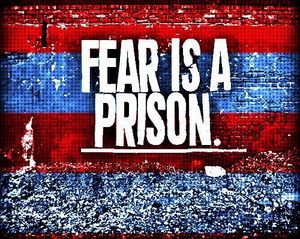 So, after much thought, I still feel that the underlying emotion to my being in an elevated state with Mike is that I am nervous about the surgery. I am afraid of the painful wounds that I will have when it’s over. I am not looking forward to the pain but who would be? This part seemed pretty standard to me, but as I dug a liittle deeper, what I found was far from rational. I realized that what I am truly afraid of is that I won’t wake up from the surgery, that they’ll be complications that will end my life. Truthfully, the biggest part of this fear isn’t about me. I’m afraid for the emotional carnage that would be left by me. I’m afraid for all the pain that I would cause my loved ones. I’m afraid that I would no longer be available to help my children when they need me and that they’d be left alone to fend for themselves. These thoughts lead me down a very dark hole but I honoured the feelings and a tunneling I went. I lingered in this place until I felt that I made peace with the darkness. Then I let it go. I had to. I couldn’t breath in this place. If I believe, and I do, that there is a plan for us in this lifetime, then when I leave this planet isn’t up to me. It’s up to God. My only choice is to trust that everything will work out for the greatest. I am choosing to have faith.

Another fear that I have is that I will survive but that they will find cancer. At this point, I know that they ‘suspect’ cancer because part of the tumour is a solid mass. This scares me. I’m afraid that if they find cancer, that they’ll find metastasized breast cancer, a terminal cancer. I remember all the cancer treatments I went through. Chemo is awful. These thoughts literally paralyze me, make me breathless, my heart pounds, my jaw tightens. It seems that I have an amazing and vivid imagination.

The main thing that strikes me about my fears and fear in general is it’s ability to completely rob me of current time. Just say, that you knew the day that you would be leaving this planet, would you waste your remaining time here worrying and being afraid or would you choose to live your life to the best that you could in the time that you had left? Fear, of course has a time and place. Maybe an example of  positive side of fear is when you’re being faced by immediate danger, like a lion attack, and you need that fear to propel to you safety and help you survive. On the flip side, it can be very debilitating. It can literally steal your life. The truth is that most of us don’t know what the future brings. It makes way more sense to surrender that fear to God, source, the universe, the creator. It doesn’t serve you to become paralyzed and breathless. You’ll have plenty of time for that on the flip side, right?

So, this I know for certain. Right here, right now, where my feet are, where I sit typing this, I am fine. I feel good. I am alive, happy and choose to live in the moment. I have a man who loves me, friends and fans who treasure me, a family who cherishes me, a beautiful home in a lovely city in a gorgeous country with universal healthcare. Summer has come, the air smells fresh and clean and the hills are filled with beauty.  I have several days before the surgery and I refuse to lose this time to fear. My heart is filled with gratitude. I am living a blessed life.

Our life right at this moment is a gift. That’s why they call it the present.

Thank you for reading. I love you.