Mike Speaks: His Last Blog Post for a While. Sabrina Speaks: Mike and Me and Our Love Story 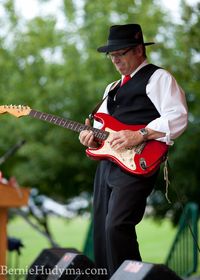 Sabrina and I talked a lot about the blog and I decided that I am not continuing.  Sabrina, on the other hand, will continue with her blog. With all the work we have taken on, I have decided to dedicate my time to writing songs, recording and music production. We have a couple of projects on the go right now and I am just not able to keep up. I have enjoyed sharing some of my stories with everybody but it’s not really a passion of mine.  I will be writing the odd thing as time allows and I will respond to people as they ask questions.

Sabrina Speaks: Mike and Me and Our Love Story

Mike and I are recording a song called “Loving You.”  Mike wrote it for me last time I had cancer.  It’s such a beautiful song. Listening to it play back endlessly as we worked on it got me thinking about my love for him.  I am so grateful to have Mike in my life.  This wonderful man was a gift from God.  Prior to meeting Mike, I was quite a disaster when it came to men.  I dated the gamut – losers, drug addicts, alcoholics, men who couldn’t keep a job, men who fooled around, men who were ashamed of me.  Sadly, my children payed the price as they watched me collide with heartache over and over. Then came Mike. 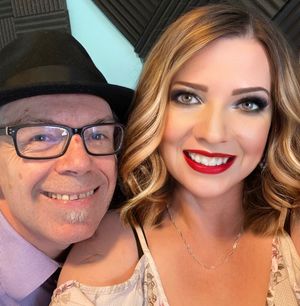 Mike and I met in a mall parking lot.  I was auditioning for a band called the Salmon Armenians. The band leader had suggested that we carpool since the auditions were being held in a town that was an hour and a half from Kamloops (where both Mike and I lived).  He pulled into the parking lot in his red and grey Chevy king cab. We shook hands.  I remember being nervous to meet him. He was nervous too (although still to this day he hasn’t admitted it lol).  I watched him sip his coke in this odd nervous way.  We made sporadic small talk all the way there.  The trip seemed to last a billion hours.

The audition had me rattled and vibrating. By this point, I hadn’t been in a band since Lava Kazu broke up. I had been attending university and stepped away from music altogether for about 3 years and found that I really missed it. Previously, I had put out some feelers to try and get back into music but found the Kamloops music scene to be quite cliquey. I was starting to fear that I’d never get the chance to sing in a band again.  Needless to say, I really wanted Mike and this new band to like me.

Once we arrived at the rehearsal/audition place, Mike introduced me to the other guys in the band. Within a few minutes of arriving, the audition started. I got the sense that the band was as eager as I was to see what I had to offer and if I would be a good fit. As the band jammed through their repertoire, I made the decision to just have fun and to stop worrying about the outcome. About two hours went by in a blur. After the audition ended, the band broke away to vote.  They were choosing between two girls.  The other girl was quite well known to me. She was an amazing vocalist and I felt intimidated and in awe of her talent. The waiting was torture but I got the gig.  Yay me!!

After this, Mike and I continued to carpool sometimes as many as 4 times per week.  Because of this, we got comfortable with each other quickly. When we travelled, we talked about everything under the sun. Mike always had the best road stories and I soon realized that we had a similar sense of humour. After about 6 months of carpooling, we realized that we were both songwriters so we started a writing partnership.  This led to spending more and more time together.  He quickly became my best friend and I found myself missing him when we were apart. This friendship blossomed and, within a few years of meeting, we were in a romantic relationship.

I wasn’t easy to love.  Because of my history with men, I had a lot of distrust and I just couldn’t imagine any relationship lasting. In the beginning, I existed in my relationship with Mike with one foot out the door. I was always waiting for the end to come. My temper was irrational and explosive at times.  Of course, Mike brought his own baggage to the fray. He had trouble communicating his feelings and would sometimes make assumptions about me that were based on experiences he had with previous girlfriends. Long story short, we had a lot of work to do. But, for some reason, we both knew in the depth of our hearts, that we were meant to be together.

Not long after moving in together, I was diagnosed with Breast Cancer. I have written about this before, but I’ll say it again - Cancer brought many gifts.  I learned to release fear, to exercise gratitude, and to stop stuffing my emotions. I learned to live my life to the fullest and have been living an adventure ever since. But one of the greatest gifts of all was that I learned to let Mike love me. Cancer brought down my walls and allowed me to trust Mike and to see him for who he was – a loving, kind, gift of a man.

There’s a theory that the purpose of a relationship is to bring to light areas in your life that need to be healed. Your partner is your mirror so to speak.  Mike was and still is that for me.  He challenges me to be the best me that I can be. Sometimes he drives me crazy - I’m not going to lie  - but even the friction eventually shows me something new about myself and how I can grow.  I can’t even imagine a life without him in it.

As I was waiting between vocal takes while recording “Loving You”, I realized that Mike also helped me see that I was worthy of love, that I had value for just being me. He helped me understand that the only person that I needed to convince about my worth was me. It was always there. I was just blind to it. He helped me see what real love looked like. I know many of you reading this are very aware that long term relationships have the capacity to grow into a very deep love.  I had no idea what deep romantic love felt like before Mike.  It’s hard to explain if you haven’t been there but it’s like a deep soul level love and understanding of another human being. I feel so blessed to have had the opportunity to know this feeling.

It’s a little early in this new illness journey to see the gifts that it will ultimately bring but I do know this: whatever the outcome, I am living a blessed life. I am grateful for every day.  Thank you for sharing this journey with me. I love you.