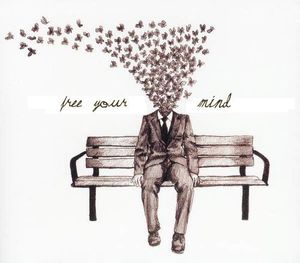 Loss.  I’ve been struggling with this concept.  It seems that loss comes as a lesson in many forms. How I’m experiencing it these days is that I find myself attached to the idea of an outcome and that outcome is no longer the way things will end up.

I always considered myself to be a very flexible person. I never thought of myself as rigid but lately I have certainly noticed that when I get really attached to an idea, it’s hard to let it go. I mean, this isn’t all bad.  It means that I can see something to completion even if the going gets tough. This is a good thing, but it also means that when I strongly get attached to how I think something should look, I have a hard time letting that go.  You know?

Mike and I started Swing Cat Bounce in the winter of 2009.  When we started it, I just wanted to play blues and gig around. I had no idea of the outcome and didn’t worry too much about it. I knew that I wanted to play the music that I loved and not worry too much about whether we would be accepted from the local audience.  Kamloops loves classic rock and I didn’t want to be that.

Anyway, then we recorded the CD which we recorded so that we could get gigs since you need recordings so that people know what you sound like. The only criteria was ‘let’s write some blues songs and record them.’’  We found Jack Lavin by accident. We were so proud of the CD that we decided to send it for reviews and to blues radio.  We had no idea really what we were doing or how well it would do.  We started getting better gigs, charting on roots charts, making more money and then…. Drum roll please… We were nominated and won a Maple Blues Award.  We didn’t even know what that was before the nomination.

Of course, throughout this whole experience, I literally fell in love with the band.  It was one of my great loves and I started envisioning the band as one unchanging entity.  I started seeing it tour and play festivals.  Thoughts of this outcome started to become the dominant thing in my life. So, we recorded the second CD. This was a very different experience.  To say it was difficult would be an understatement. In fact, it truly was a testament to human endurance that we have it all.  I think that some of the cosmic resistance was a result of my fear that nothing could measure up to the first CD.

So, here we are with a new CD.  We sent it out to radio and reviewers much like the first CD. This time of course we did benefit from the many relationships that had been formed as a result of the first CD.  The reviews have all been really good. Everyone says that it’s better than the first and this is amazing to hear.  But then there’s the band, this entity that I truly love, this entity that I had envisioned touring and playing festivals except that we, as a whole unit, can’t tour.  We can’t tour as a whole unit because two of the four of us are tethered to Kamloops.  This is one of my big lessons:  if you are tethered to someone who is tethered, you are still tethered and are not free.  This is where I find myself.

So, it’s clear that I need to let go of the idea that Swing Cat Bounce is the four of us and I need to start seeing Swing Cat Bounce as something that is fluid and always changing. This scares the hell out of me because it feels like a huge loss. I am literally grieving because my attachment to the idea of Swing Cat Bounce as a cohesive unit is so strong.  I mean, I know it’s not over.  Regionally, I’ll have the original band with me.  But that was never my vision, you know?  I feel that my life is in flux and the only choice that I have is to surrender to it and learn to let go.  This makes me sad and it’s been tough going through this but I do know that for me to get to the next place, wherever that is and however that looks, I need to release myself from the chains that hold me to an outdated idea, an outdated idea that is greatly related to the thought that I am not good enough on my own or that I am somehow undeserving.  The key word is fear.  What isn’t love is fear and I love myself and music enough to just let go and trust.  Breathe and trust… Free your mind and the rest will follow…  Truer words have never been sung.